Two games at the same time - crazy or genius?

As you might already be aware from my last blog post, we are currently developing two major games at the same time: Stardander School for Witches and Aground Zero.

There were many reasons for this decision - but the main one was that I wanted to do a follow-up to our previously successful game, Aground, but I also wanted to do something completely different (as I enjoy changing it up and experimenting with new genres). Additionally, our desire to make a witchy game predates Aground. 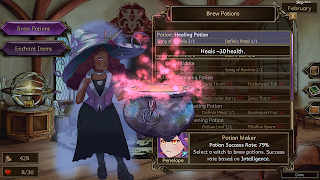 But, I'm a relatively fast programmer, and either project alone would leave me waiting for assets to finish and perhaps tinkering on a side project anyways. So I decided why not do both at once? With a 3D art team working on Aground Zero, and a 2D art team working on Stardander, and me switching between the two, I'd never have to wait for assets and could switch between projects to keep them both fresh and interesting. Often, long projects can start to feel dull and unexciting if you focus on just that one project for years at a time. 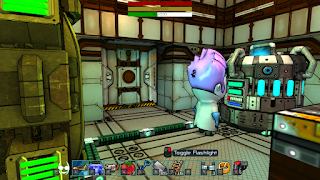 It's been about one year since this decision, and I thought I'd share my thoughts on how it's been going.

In terms of efficiency, this has worked out as I expected. Overall it feels that I am accomplishing more and spending less time waiting for assets. While there have been delays to both projects, this is common in game development, and I don't believe that either game is delayed more than they would have been if I had focused on only one. 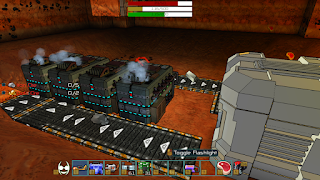 This plan could have gone poorly if either game was code-heavy (where the bottleneck was coding and not art/3D models) - but despite the fact that Aground Zero requires a lot more code than Stardander, I've been keeping up with both teams.
There was even a week where I felt ahead enough to tinker with a side project, although I've tried to refrain from that as two projects at the same time is already crazy enough. And, I haven't missed the side projects - as every time I switch projects, it feels like I'm coming into it fresh. There is a short transition time needed to change mindsets between projects, but this hasn't been problematic for me and I actually enjoy changing gears (as you can probably tell by my desire to make side projects in the first place).
Financially, while you have to pay two teams at once (and have the funds to do so), the total cost for each game is the same, and there will be less of a gap between game releases. While I can't say for certain how well either one will sell, that's certainly better than releasing the games years apart. 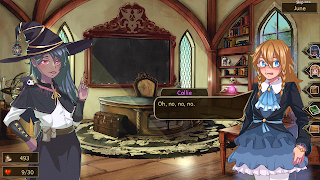 The first thing I didn't even think about is the time needed for team management. While I consider myself mostly a programmer and game designer, I'm also the team leader and have to wear many hats - like checking in with both teams, approving assets and making sure everyone is on track. It should have been obvious - two teams means twice as much management!
I much prefer programming to management, so at first this came as a bit of a shock and I had to adjust to make sure both teams were moving smoothly. But, I feel like I've reached a good balance now, and I don't think this caused any long term delays.
However, speaking of other hats, there is one thing that HAS suffered: our ability to spend time on marketing and social media. If you've been on discord, you may have noticed a few sporadic update messages, but mostly I've been focused internally on making the games, and not making blog posts, sending newsletters, or anything else. It's gotten to the point where many people have asked if I'm still working on either game.
Additionally, even when I do share updates, our community is more fragmented. There are people who are more excited for Stardander, and people who are more excited for Aground Zero. I can't just focus on talking about one project, because there are two!
There's also work/life balance to consider. While I wanted to minimize down-time waiting for assets - sometimes that down-time is a good thing. It can allow you to take a break, be with your family, reset and maybe even work on a side project if it lets you relax and reset.
Finally, there's playtesting and polish. When you're focused on just one game, you end up spending a lot more time playing that game, noticing issues and tweaking it. Luckily, we have a private playtest for both games where community members have given me a lot of suggestions and feedback, but it's still more challenging to make sure both games get the time and attention they deserve. 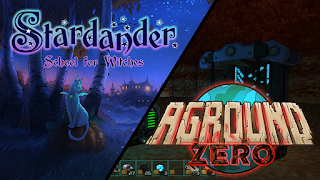 While there were more cons than I expected when I first decided to make two games at once, I am still happy with the progress on both games. So my conclusion is mixed - I think it is working out, and I don't regret the decision, but I'm not sure I'd make the same decision again. I could probably work on multiple major projects at the same time more comfortably if I focused on being only a designer and manager, but I enjoy programming and I'd miss not personally coding the games.
Posted by Legend of Gamedev at 6:37 AM