Here's a list of games I've worked on, including current projects and planned future projects. For your convenience, this list is broken into the following categories: 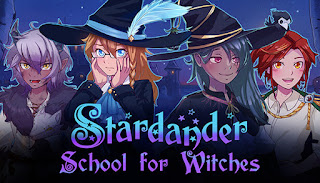 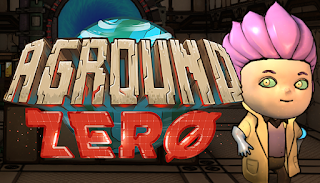 
The Backburner:
The backburner consists of projects I'm working on the side, in order of priority. Often I'll have a project or two in the backburner, as I can produce code faster than artists can draw haha.

Did you expect something here when we're making two games at once? XD 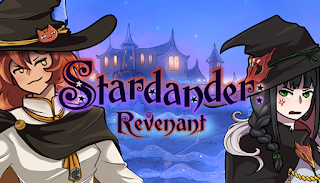 Stardander Revenant (2021) - Griselda just wants to be friends with Dianthus... but Dianthus can't stand her! Love or hate, they have to work together to keep the forest safe from dangerous Fae. Will working together help bring them closer? And can Griselda somehow pass Blantree's class? 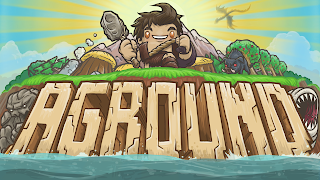 Aground (2017 - 2020) - One of the last human survivors, you find yourself stranded on an uninhabited island. With a few other victims of the crash, can you craft, mine, and build your way to survival?

TransFuse (2017) - Made in 48 hours for the 2017 Butterscotch ShenaniJam (theme: Electric Leech). A tower defense game with a twist: you must allow leeches through to get power, but watch out or your blood supply will run out!

</reality> (2017) - A sci-fi/fantasy visual novel about the nature of existence, with plenty of twists and surprises. I did the story outline and am helping with the code/editing/trailer/misc tasks, but this is more Natalie's project (she wrote the story and did all the art!)

Quotidian (2016) - Made entirely in 48 hours for the 2016 Global Game Jam (theme: Ritual). Wake up in the morning. Drink a cup of coffee. Close the curtains and go to bed. The days change, but the ritual does not.

I Can't Escape: Darkness (2015) - An eerie game with a similar setting to the original I Can't Escape. However, the game mechanics are going to be pretty different, so if you assume that you know all my tricks from playing the first game, you'll be pleasantly surprised *evil laugh*!

ADventure Lib (2015) - A short, goofy project with a silly idea - to have a standard point & click style adventure game where all the characters, objects, and enemies have all been swapped around. It gets very ridiculous very quickly! 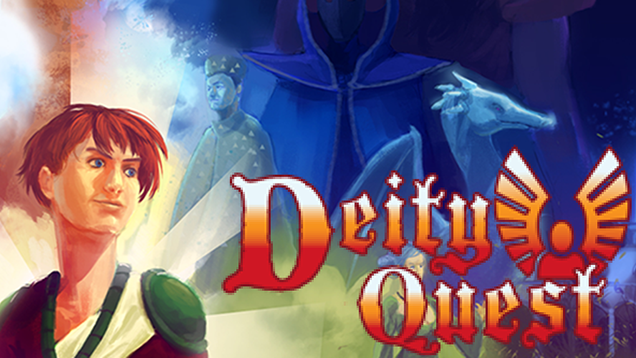 Deity Quest (2014) - Deity Quest is a light-hearted, pokemon-inspired RPG where you play as an ambitious young god, recently assigned to a world - Aberos - to convert followers and gain power. Your goal is to become the Overgod, the highest position among the many gods of Aberos. Develop your divine magic, support your followers in fast-paced 6 vs. 6 battles, adventure through locations, and compete with other deities in your quest to reach the top!

Codename: Beyond the Stars (Complete Design Document) - A multiplayer game where each player takes control of a fleet of ships and must work together to safely get their combined fleet across the galaxy. Should be a pretty fun and epic multiplayer strategy/4X space game.

Codename: Deity Quest 2 (Complete Design Document) - Been tinkering with a much improved design for Deity Quest that improves all of what I consider flaws with the original game, while keeping the parts I found fun.

These Falling Stars Platformer (Complete Design Document) - This is one of my pet-projects that I want to finish one day, when I have the resources and assets to make it possible. It'll be fairly big, with the backstory of the original game (see dropped projects). It'll have cool action and puzzle mechanics, a complex plot, and should be pretty awesome!

Deus Shift Remake - (Ideas) I have some ideas for making another strategy game along the lines of Deus Shift... but often these ideas get merged into other projects so you might never see an actual "Deus Shift" remake.

Aero Empire (On Hold/Early Prototype) - A redesign of the original Aero Empire game. More details on this will come later.

Open Worlds (On Hold/Early Prototype) - A game where the worlds, sprites, mechanics and, well pretty much everything can be edited and created by the players. I've worked out MOST of how this will work, and now I just need the time and ambition to create it.

Nom Nom Defense (On Hold/Playable Prototype) - Help crafty cats defend their noms from hungry dogs in this tactical defense game! Use cheap kibble and innovative distractions to keep the dogs from eating your delicious noms during lunchtime!

Adventures of Marlin (On Hold/Playable Prototype) - Marlin is a lazy raccoon. So lazy, in fact, that he forgot to stock up on food for the winter! Thrown out of his house by his lazy wife, Marlin must now search the cold streets for garbage and food. Adventures of Marlin is a puzzle game where you move cardboard boxes, avoid obstacles and enemies, and get trash.

Adria (On Hold) - A strange, eerie game based on a dream I had, about dreams and delusions.

Havencall - Aura is a strange girl who has recurring dreams of a world completely beyond her own - of the place where she truly belongs. Setting out to find the haven of her dreams takes Aura on an adventure across many worlds full of wonders and terrors. Overcome challenges, awaken new powers and fight perilous enemies as Aura embarks on an emotional journey to discover the truth of her universe.